Home Pricing is an Educated Guess

Pricing your home correctly is a difficult process. When coming up with an appropriate listing price that could be the sales price for a home, we Realtors crunch a lot of data, combine it with years of experience and give you a well educated guess.

I recently met someone who was selling their home and wanted to know why his wasn’t selling. I mentioned that inventory in his price point was up and that the average time on market (how long it takes to sell the home) was 40 days- yet his had been on the market for 85 days and he still hadn’t sold it. He wondered why. 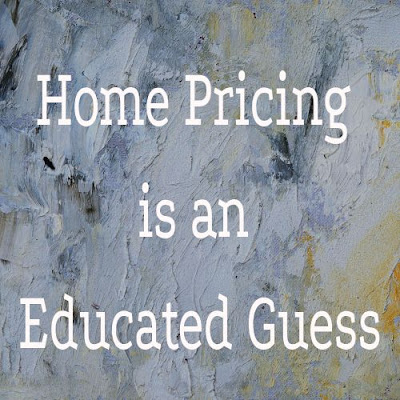 Of course, so did I!

I looked up his home and was able to put two and two together.

So what happened? His appraiser told him his house was valued at $445,000- which may be true when trying to obtain a loan- but there is a large difference between marketability and appraisal. For example, a home may appraise for $200,000 instead of $210,000 because it has older carpet, but that older carpet, while accounted for in the appraised price, could be the clincher that keeps a buyer from choosing to purchase the house.

So, while his home was *technically* worth $445,000 as its appraised value, in its condition and with the market, its true market value was closer to $435,000. Since he had over-priced the home and it sat on the market, even though he has reduced the price several times (and now has it listed under market value), it isn’t selling. Why? The old ‘it’s been on the market too long- there must be something wrong with it’ problem. People assume homes like this have issues.

The moral to the story? His home has been on the market for three months. It’s still not selling. And when it does sell, it will be for less than what he COULD have made if he’d had a Realtor who could have instructed him on the difference in market value vs. appraised value. He could have priced it right and had his home sold, rather than sitting on the home for so long that buyers think it’s a problem house.

Yes, I’m a Realtor, so it’s natural that I am a proponent of Realtors-but really, save yourself the hassle, make more money than you would have on your own and just hire yourself a great Realtor when you sell your home!